How to Release Negative Psychic Tension 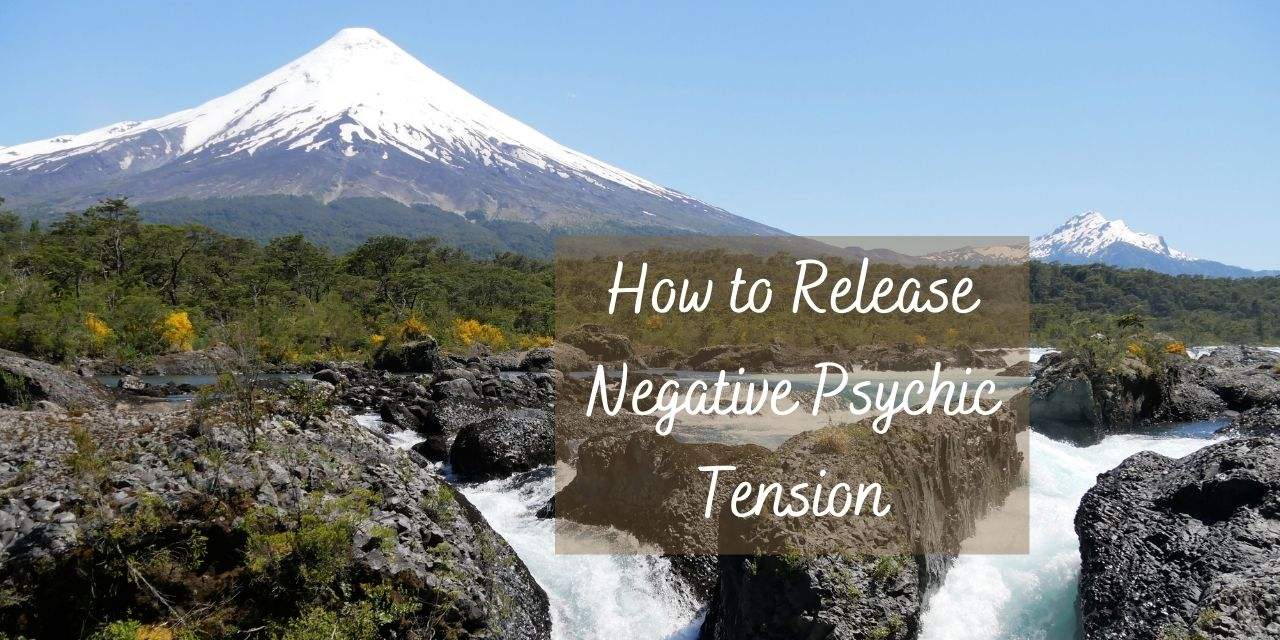 The health and survival of an organism depends upon its ability to adapt to its environment. The harsher the environment, the more difficult the process of adaptation. But, as Fredrick Nietzsche said: “…what doesn’t kill me, makes me stronger.”

The pressures of our modern environment are entirely different than those of our ancient ancestors. There are no saber tooth tigers crouched in the brush outside our dwelling. We don’t have to worry about starving to death if a plague of locusts descends on our crops.

What we do have are countless low level stresses that accumulate over time. They creep up on us and attack from within.

Oftentimes, underneath our conscious radar, they build into an enormous inner pressure that threatens to blow up the structure of our lives. That pressure creates endless mental, emotional, and physical suffering.

When we are under the influence of stress, minor disagreements escalate into savage arguments. We say things we regret and can’t take back. We lose jobs. Marriages.

Rather than learn to grow from the challenges we face, we attempt to neutralize them with antidepressants, alcohol, and other chemical “solutions”. When the pressures mount higher, we have heart attacks and nervous breakdowns.

If the energy in our system is flowing properly, we experience a state of well-being. If the flow is blocked, pressure builds and we become imbalanced. The greater the inner pressure, the greater the imbalance.

Exceed a certain level of pressure and…

The great spiritual teacher, Swami Rudrananda (Rudi), lived in New York City and faced all the stresses and tensions that come from a fast-paced urban environment. But he saw this as an advantage rather than a hindrance to spiritual practice. In his eyes, all of that New York friction meant countless opportunities for inner work.

Rudi ran an oriental art antique business that required international travel. He opened his house to students to live, and oversaw several ashrams across the country to which he would travel to teach. Even one of these responsibilities would have brought more than enough stress for the average person. Rudi welcomed the work — not just the outer labor — but also the intentional inner work it took to stay centered in his spiritual practice throughout each day.

Out of necessity, he developed a simple meditation technique that functions like a pressure relief valve. The method allows you to drop any excess “negative psychic tension” — in real time — before it spills over into your work and relationships.

Sit in a comfortable, upright position with your arms down at your sides and slightly away from your body.

Take a deep breath through the nose. Feel it rise into the third eye area, then flow down through the throat and into the center of the chest.

Hold the breath and awareness here for a moment, and mentally say:

I wish to release all negative psychic tension.

Allow your awareness to expand. Feel the stress and tension that has accumulated in your system.. any tightness in the head, the shoulders, the chest.

Exhale, and release that tension, letting it flow out from your chest, down through your arms, and out your fingertips.

Continue to feel the heavy energy drop from your body and mind until a sense of lightness and buoyancy replaces it.

Sit in a comfortable, upright position with your arms down at your sides and slightly away from your body.

Imagine you are surrounded by the purest form of prana.

Inhale that crystal clear energy through the nose, up into the third eye, then down through the throat and into the chest.

Hold the breath and awareness in the heart chakra and mentally say:

I wish to release all negative psychic tension.

In your mind’s eye, visualize all of the negative tensions in your body as a black sludge. Watch the crystal clear prana circulate through your body, pulling all the sludge into its flow.

Exhale, letting the prana pour down your arms and out your fingertips, cleansing all the impurities from your system.

Allow it to keep flowing through until a relaxation spreads over you and the prana becomes like clear water.

Releasing Through the Feet

Practice as above (with or without the visualization), but allow the negative psychic tension to flow down through both your arms and legs. Let it pour out through the fingertips and the soles of your feet.

During a seated practice, I find that the energy flows more naturally down the arms and fingers. When standing or lying down, the energy seems to move more freely out through the soles of the feet. Try experimenting in various ways to discover what works best for you.

A fast-paced walk is a great stress relieving exercise on its own. Couple the tension release exercise with this for a more powerful effect.

I run a retail business at large special events. Each time I have a few minutes to leave the booth for a break, I practice releasing tension while I walk. Upon returning, I often feel like a huge weight has been lifted from my shoulders, and that my energy field has doubled in size.

Another great time to practice this exercise is during a shower. You are already rinsing the dirt from your body, why not cleanse your energy as well?

Standing under the stream of cleansing water, release all of your negative psychic tensions, allowing them to flow down the drain and be carried away.

I’m not a huge proponent of using visualization during regular meditation sessions. I’ve found this can often lead to fantasies and delusions rather than to greater clarity and presence. However, sometimes using the mind to escape the mind is the best approach.

One trick Rudi taught was to throw your psychic baggage onto a passing train and let it transport it out of town.

Here’s some other examples:

While driving, feed your tension to your car’s engine and imagine it pouring out the exhaust.

While gazing into a campfire, feel your tensions being drawn into the flames and burnt away.

While sitting by a river, feel your tensions being pulled out of you and swept downstream.

Common Questions About The Practice

Q: How long should the tension release exercise be performed?

A: Practice for as long as needed. This exercise can be a quick thirty-second practice, or a half-hour session. There are times when tensions are easy to let go of and flow out without any resistance, and there are times when the “black sludge” is difficult to remove.

Q: I already have a daily meditation practice. Do I still need to practice this technique?

A: Old patterns don’t die easily. You may break them down in meditation practice, releasing a part of the stuck energy, only to have them reform later on — sometimes less than ten minutes after you get up from the cushion. This recrystallization can happen over and over again until you are finally free of the latent mental impression.

Rudi often advised to practice the tension release technique during the last thirty seconds of your meditation practice. That way you are letting go of all the tiny fragments you broke down during the session so they don’t re-form later on during the day.

Spirituality, in part, is a demolition job. You’re breaking down all of the dense layers of your ego-mind that separate you from your contact with the Infinite. As with any demolition, you have to take time to clean up the mess.

Q: I have a hard time remembering to practice the tension release technique until I’m already in meltdown mode. I don’t recognize my inner pressure until it’s too late. How can I learn to use this to prevent fires before they burn out of control?

A: Make it a part of your routine. If you pair the technique with something you already do each day, it will be easier to cultivate the habit. For example, practice for a short moment each time you use the restroom. You’re already releasing your physical waste, release your psychic waste as well.

Or, practice while standing in line or sitting in traffic. It’s exactly those types of situations when tension tends to build. Instead, by the time you reach the cashier or stoplight, you will feel refreshed and lighter. 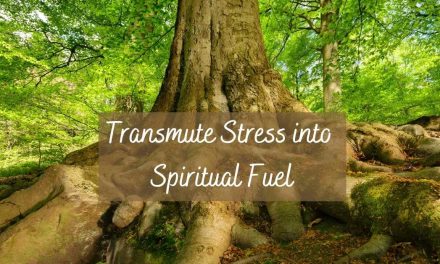 How to Transmute Stress into Fuel for Your Spiritual Growth 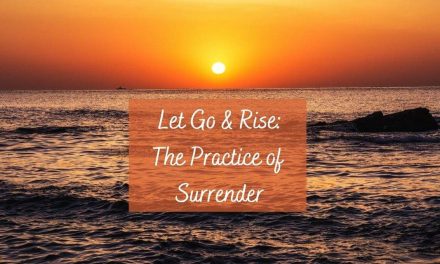 Let Go and Rise: The Practice of Surrender 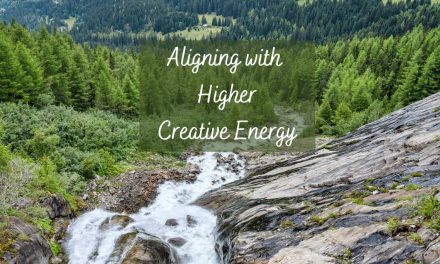 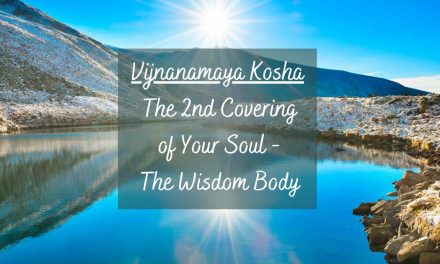 Vijnanamaya Kosha – The 2nd Covering of Your Soul – The Wisdom Body