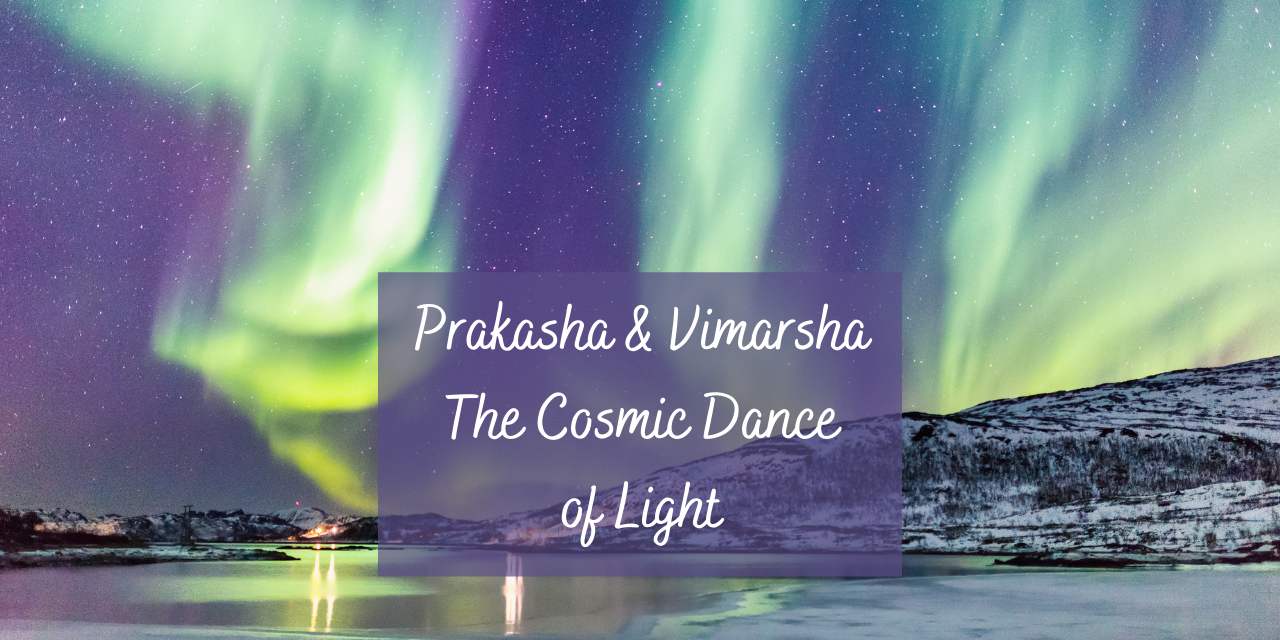 The nondual tantric tradition depicts a dynamic dance between two aspects of reality known as prakasha (the self-shining light of Awareness) and vimarsha (the self-reflective power of Awareness). Through this cosmic dance, universes are created, sustained, then dissolved back into the vast nothingness from which they arose.

Prakasha is personified by the deity, Shiva, vimarsha by the goddess, Shakti. The two are one. They are inseparable Awareness.

Nothing causes Awareness. Nothing brings It into existence. It always was and always will be. It shines by Itself, and reflects back on Itself in order to know Itself.

The Descent of Shakti

In this tantric worldview, Awareness contracts into an endless variety of forms in order to know Itself through those forms. This is called the descent of Shakti. Shakti descends into denser and denser levels of vibrations until She becomes everything you see, smell, taste, touch, or hear.

Divine energy contracts into all the elements of nature. No separation exists between you and that energy. You are That. But in order to create a sense of separateness, a sense of division and boundaries, you forget your true identity. You become identified with the contracted form you find yourself in.

You believe yourself to be John Jones, a six-foot-two, forty-five year old Florida-man who drives a Ford pickup. You have a wife, three kids, and a German Shepard named Willy. You love country music, hate spinach, and smoke cigarettes behind the garage when no one is around.

As John Jones, you remain oblivious of your true nature because your life-energy flows through your senses and into a world you perceive as being out there and separate from you. But at your core lies the ability to curve that energy back on yourself and recognize what the Zen Buddhists have called your “original face”.

The Return of Shakti

Awakening to your true identity is your destiny because the power of vimarsha is part of your essential nature. For this reason, every living being, no matter how evil or jaded they may appear, no matter what kind of chaos and destruction follows in their wake, will eventually wake up.

This full realization may take many, many incarnations to achieve, especially if you are currently incarnated as an ant. But eventually you will have evolved to a point in your spiritual evolution that you recognize you’re not a seperate, individual entity… you are that Self-shining Light of Awareness.

This is called the return of Shakti.

Vimarsha — again, the power of Self-reflection — arises within you as the desire to see beneath the surface of life. It’s the spark that ignites a flame inside you which sets you off on the journey of Self-discovery. And it’s the guiding force that leads you through every step of that journey and into enlightenment. This power is always with you and always available to you.

Accessing the Power of Vimarsha

You can have a glimpse of this power at work at any time. Just ask yourself this simple question: Am I aware? You immediately know that you are, right? Unless you happen to be a zombie you will know you are aware without having to make the slightest effort.

You might not be able to describe what that means exactly, or what it feels like, but you recognize that somewhere both deeper and higher than your body and mind resides an awareness of your body and mind. That Awareness both precedes and includes everything you are aware of.

If you begin to ask yourself this question — Am I aware? — at various times throughout the day, you’ll realize that Awareness is always there. It’s just so subtle and indescribable that you almost always overlook it.

The spiritual path involves learning to recognize this ever-present reality more and more until you are never-not aware of it. Until you abide in an awareness of Awareness. It’s about realizing that prakasha — again, the self-shining light of reality — is your very nature.

The story of John Jones who came into this world forty-five years ago and has a beer gut and southern accent is not who or what you really are. John Jones is just a temporary experience you’re having.

You are the radiant, dynamic Awareness that is both witnessing the experience of John Jones and manifesting as it. You are prakasha-vimarsha. You are Shiva-Shakti.

Shaktipat – The Grace of the Goddess

Tired of the John Jones dream?

You can quicken your path to Self-discovery by practices such as meditation, self-inquiry, and surrender. All of these practices are interrelated, but of the three, sages often teach that surrender is the most powerful. This is because the process ultimately involves your letting go of (surrendering) your identity with everything you think you are (a country-music-loving guy with a dog named Willy).

Waking up is about getting out of your own way so the Self-knowing, innate Power within you can guide you back home. For this reason, in Rudra Meditation practice, we ask inside for help to surrender. We attempt to open deeply and allow the power of vimarsha to rise up from within.

The transformational work of this force is sometimes referred to as the descent of grace. The Christian tradition depicts it as a descending dove. The tantrikas call it shaktipat — the downward flowing transmission of energy that sparks the initial stages of awakening.

Shaktipat is an initiation into the experience of the life-force within. The force can pass through a teacher into a student, or it can come directly from the student’s Higher Self. Contrary to much of what has been written about it, it never comes from a teacher. If a teacher has the ability to transmit shakti, it’s only because they are surrendered enough within themselves to become an open channel through which this higher energy can flow.

In any case, the downward flowing energy creates an opening within the chakras overtime, and that begins to unwind the knots of tension within them. As this happens the blocked, dormant energy becomes free and begins to rise. As it rises, the process of contraction reverses. And you open and expand into the fullness of your Being.

Most people accumulate a lot of blockages throughout their life (and past lives). It takes years, decades, or even lifetimes for the reversal to be completed and a full awakening to occur. In some extremely rare cases, the student is like gunpowder — as Ramana Maharshi described — and the spark of shaktipat is enough to ignite a complete and instantaneous awakening.

For the rest of us, it’s a life’s work. But our spiritual work doesn’t have to be a grim ditch-digging, back-breaking endeavor. It can be playful and full of bliss.

That is especially true when we learn to let go and trust the process, when we let the power of vimarsha guide us back to prakasha.

The more aware we become of our Light — the more en-light-ened we become — the more wonder and awe fills our heart and mind. As this happens we fall in love with Life Itself.

That love is the force that unites.

Love throws back the veil. Love reveals the Light. 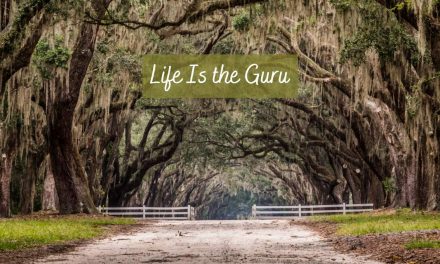 Life is the Guru 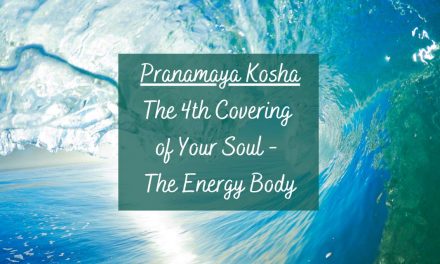 Pranamaya Kosha: The 4th Covering of Your Soul – The Energy Body 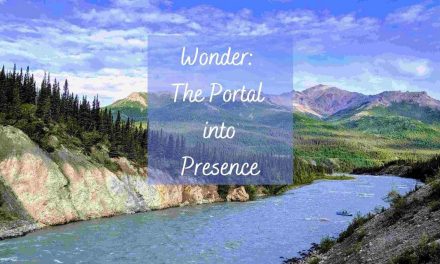 Wonder: The Portal into Presence 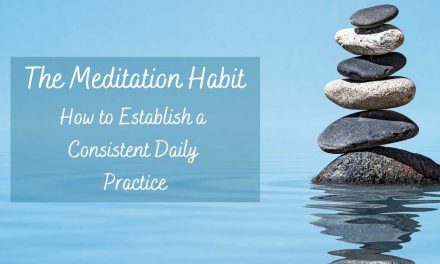