Step Out of the Virtual and Into Reality 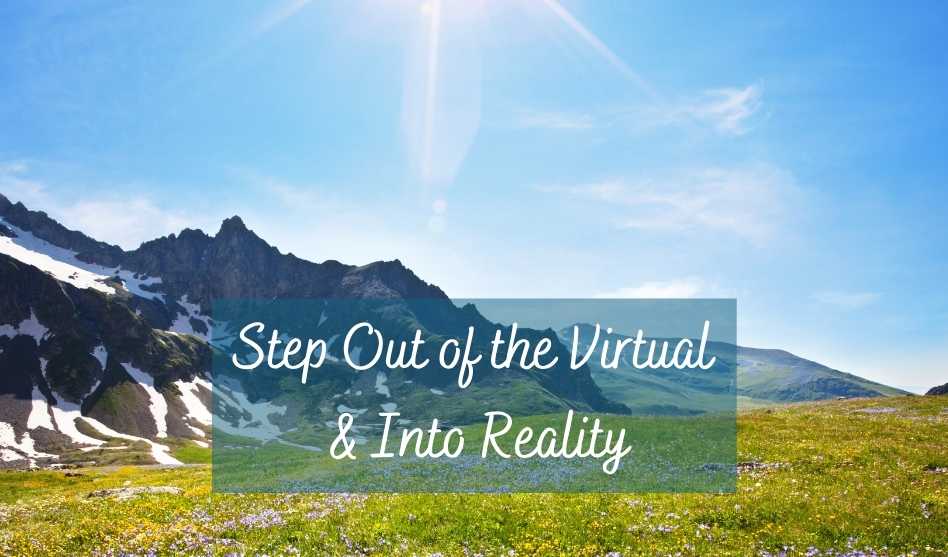 With VR technology you can strap on a headset and slip into Alice’s Wonderland. You can stroll through a cartoon world as a cartoon. You can jump out of an airplane, surf waves in Maui, or dance at Burning Man — all without leaving the comfort and safety of your living room.

The possibilities widen with another type of virtual world technology called augmented reality, or AR. Instead of an all-enveloping VR experience, augmented realities are formed by layering digital elements onto the physical world.

There’s still a medium involved — a headset, smartphone, or smartglasses. But where VR shuts you off from the outside world, AR alters your experience of it.

You’re walking down Main Street and massive ferns emerge from the sidewalks. Pterodactyls soar overhead. In the distance, lava flows from a volcano.

Or, you look to your right and your friend is still there, but he somehow morphed into an old woman. You glance down and see that your poodle is now a hyena.

Other AR programs apply a filter to your entire environment so that the world appears pixelated, black and white, or like a line-drawing.

This fast-advancing technology is a recent development, but it’s based on something that has existed for around 200,000 years. The human mind.

Even if you don’t remember doing so, you create virtual realities every night. You fall asleep, enter the world of dreams, and engage in impossible adventures. Like in a VR experience, you are cut off from the outer world and absorbed in a simulated one.

And then you wake up and come back to the real world. Right?

The mind is programmed to augment reality through each encounter we have with the outer world. Every experience we have leaves an impression in the psyche, and those impressions take part in assembling the operating system of the ego-mind. Without the ego-mind we wouldn’t have the ability to think and plan. It enables us to relate to and survive in even the harshest surroundings.

The problem arises when we get so caught up in the world of thought we lose the ability to be present with the energy of the moment. We become disconnected. Fragmented. And that feeling of disconnect leads to fear, anxiety, loneliness, and other forms of suffering.

We desire spiritual Presence. We crave the nourishment of conscious contact. But we also fear the vulnerability of that connectedness. So instead, we trade the raw experience of aliveness for a simulation of the real thing.

Some of us have filters from past traumas that cause us to perceive the world as a dangerous place. For example, if we were physically abused by a man we might see all men as threats. Or, if we were bit by a dog as a child, even an affectionate Labrador may spark fear in us as an otherwise balanced adult.

The chemicals released when we experience fear and anxiety augment our perceptions. They create the equivalent of digital elements and superimpose them on the world around us. They turn ropes into snakes and kind strangers into terrorists.

The more painful experiences we have, the more walls the ego-mind builds to separate itself from the world. This psychological defense mechanism keeps us from having to engage with what is happening out there.

Some of us create walls so thick we go from AR to VR — from a filtered experience of the outer, to a full inner immersion that blocks out the world.

In the same way a virtual world is made up of digital coding, the world of the ego-mind is created by mental coding, i.e., language. There’s nothing wrong or defective about this coding. Thought and speech were not conjured up by a demonic force. They are the beautiful outgrowth of consciousness.

However, our sense of separation can be traced back to around the time we learn to give names to things. An infant, free from the burden of language, isn’t stuck in their head. They greet each moment with wide-eyed wonder.

The infant sits transfixed by the movement of grass, or a squirrel running by, or the sound of rustling leaves. But the mystery begins to fade once they learn what those things are called.

Before the mind becomes developed enough to label and divide there’s no defined edges between the inner and outer. There’s not a sense of a you in here viewing a world out there. But once the mind has a label for something it thinks it has it figured out.

You see some movement out of the corner of your eye and turn to take it in, then the mind processes what you are seeing as “squirrel”, as something you’ve already seen before, something you already know about and therefore doesn’t warrant further attention. And then your attention recedes to where it has been conditioned to hang out most — your VR world.

Your mind augments your experience of the squirrel by thinking about squirrels.

The point is you’re never really with the squirrel. Your eyes may be on it, but you have no energetic connection with it because you sit in your interior VR world while the squirrel scurries around out there. You think, therefore you disconnect. You short-circuit the experience by thinking about the experience.

The mind is a beautiful thing, but the mind can make waste of beauty. By learning to quiet its waves, you can reconnect with the Presence within and around you.

Deep down, this is what we all desire. We want the rushing energy of the moment. We crave intimate connectivity with nature. We long to touch hearts with the people in our lives. But the filters the mind throws up keeps us one step removed from unity.

Let’s look at how we might remove those filters.

How to step out of the virtual and into reality:

Begin with the simple act of taking a breath. Just for a second, bring your awareness to the breath, and nothing but the breath.

Your thoughts about being here hijack your attention from the actual experience of being here.

Being present takes practice. But that practice doesn’t need to bore you or restrict your enjoyment of life. Instead, it should expand your interest and passion in living.

Want to hang out in that space for longer than a single breath? Try dropping a reality anchor.

A reality anchor can be anything that grounds your attention in the present. Here’s some examples:

The practice is simple — anchor yourself in reality by using something that magnetizes your attention.

Countless experiences can serve as reality anchors. The catch is, those same experiences can also launch you straight back into VR. It’s all in the way you use their energy.

Take the unexpected example of “an upwelling of emotion”. Many people imagine a meditative state to be free of emotion. But while it is true that emotions can create all kinds of suffering, they can also be a portal into Presence Itself. And not just what we call “positive” emotions, but also feelings such as anger, jealousy, and sorrow.

When anger wells up two choices present themselves:

We all know what reacting from anger leads to. In a word — suffering. But when we choose door number two, anger can carry us into a direct experience of the present moment.

When anger arises, anger is what is happening now. In that moment, conscious contact with reality is the burning sensation of anger. When we contract around it and react to it, what we are really doing is trying to rid ourselves of the uncomfortable feeling it produces.

By being present with anger, and allowing it to pass through, we free ourselves from the inner tensions which caused us to become angry in the first place. Seated in the center of the space that is left behind is Awareness. Presence. The calm after the storm.

Let’s look at the more pleasurable example of tasting chocolate. This reality anchor can distract us if we contract around it. Many have used it — or its ice-cream sundae equivalent — as an escape from reality. The intensity of sugar can hook us and reel us into an addictive, unhealthy habit. Again, it’s all in how we use the energy.

We can contract around the sensation and react from that constricted perspective. In this case, that means looking past the fullness of the sensation by desiring the next bite. We do this all the time, plowing through an entire bowl of ice cream until we’re two spoonfuls from the end, then savoring what remains with a mixture of pleasure and regret. Often, we refill the bowl and try again.

But if we expand with the experience and allow it to pass through, we get carried along on tiny chocolate or ice cream waves of bliss. Even one bite, embraced with enough consciousness, can bring more gratification than an all you can eat dessert buffet.

In other words, we can retreat into the deep recesses of the mind or open to the ever-present flow of Life.

We can contract into the virtual or expand with the reality of the moment. 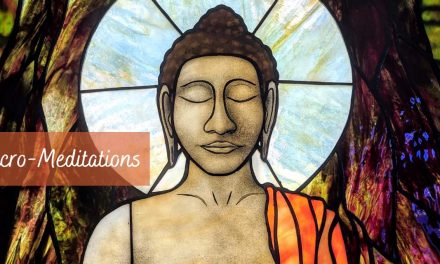 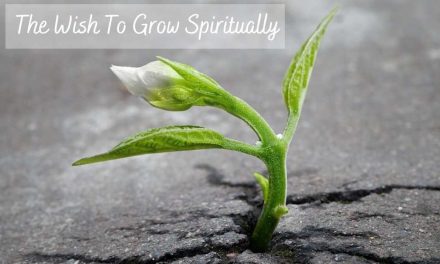 The Wish to Grow Spiritually – Embracing Your Innate Power of Desire

Meditation Technique: Aham Mantra – Resting in the Heart of Awareness 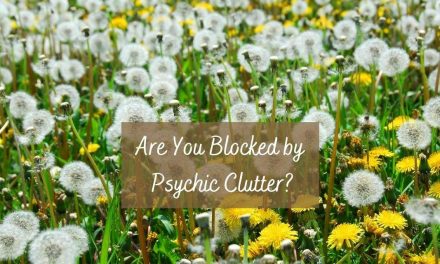 Are You Blocked by Psychic Clutter? Release the Past So You Can Embrace the Present